APPLY NOW!
By Brewery Finance on April 15, 2021 in Uncategorized

As a number of U.S. corporations begin to speak out against new and restrictive voting laws in Georgia and over 40 other states, there is an important industry missing in the discussion: craft beer. 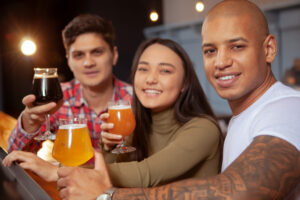 Our industry’s absence from the conversation about policies that make it harder for people to vote – especially Black and brown people – is puzzling. Especially at a time when craft beer is working to expand and diversify its audience.

As those in the fight for equal rights have said, “silence is complicity.” And while hazy beers may be all the rage, at Brewery Finance we have a clear position on access to voting.  We think states should expand access to the polls and make it easier for Americans to vote.

We think it’s wrong to make voting more difficult for people of color and for the low-income, disabled and senior citizens who will also be impacted by these new and misguided laws. Doing so takes our beloved country backwards to shameful times that should be behind us.

Yes, we’d rather talk about delicious beer than voter suppression.  In these difficult and divided times, we also understand the apprehension that our beer-making heroes have in weighing in on this matter.

But we hope our industry’s leaders will find a way to join the discussion. Because access to voting is essential to our democracy and a gloriously red-white-and-blue thing to support. It’s the ultimate bipartisan and patriotic cause.

These new obstacles to voting hurt everyone – especially the people we need for greater diversity in America’s democracy and its craft beer culture.

For Beer, Planet and Country
Funding Your Craft Brewery