APPLY NOW!
By Brewery Finance on May 7, 2020 in Uncategorized

Okay, Covid-19 has knocked the craft beer trade off its feet. What to do as you get back up and wrestle with it?

Because in these surreal and much more difficult times, packaged beer is the only source of income for most brewers. And if your packaging is tired and off the mark at this crucial time, your beer sales could fit the same bound-to-fail standards.

Bill McConnell has ideas to help you bring your packaging – be it your bound-for-retailer goods or your new to-go packaging for weathering the pandemic – up to 2020 standards. A longtime graphic designer for breweries, restaurants and other creative trades, Bill runs his PXLMVR design shop out of Kansas City, Missouri.

McConnell has provided us with a before-and-after scenario to highlight how to update dusty graphics. In its original design, the fictitious Azteca Michelada Mango sports a tried-but-no-longer-true motif based around typical images of nature, a landscape and beer ingredients. “This type of design,” McConnell says, “was prominent in longtime mass-market beers and then adopted by early craft brewers,” he says. “Much of it still lives on in established craft breweries. But it really shouldn’t.” 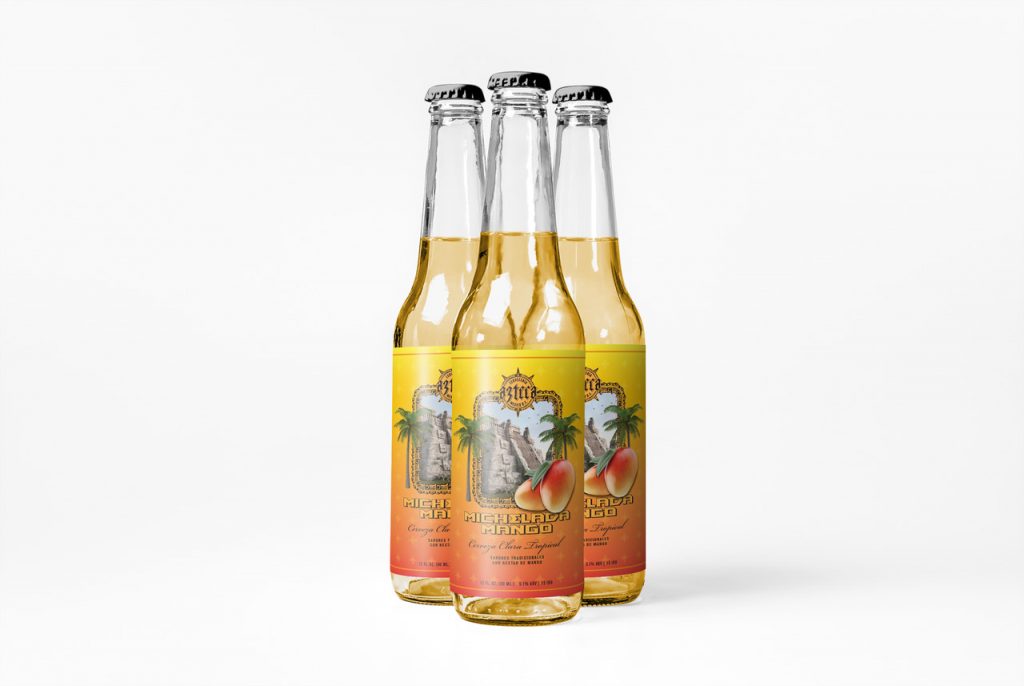 What’s wrong with it? McConnell says the “before” imagery is busy and lacks visual impact. The array of similarly sized elements creates a blur to the consumer eye and brain. The label’s “soft” vibe also limits consumer appeal and won’t inspire male and female consumers with whom this beer could be a hit.

The beer also comes in a highly outmoded package for craft drinkers: a clear glass bottle.

How to bring the beer’s look up to new and compelling standards? For starters, the “after” beer is now packed in an aluminum can for maximum consumer appeal, freshness keeping, and environmental bennies. The can also allows for wraparound graphics that deliver punch from any angle. The new label also features just three main elements – lizard, beer name and brewery logo — for bold and fast impact. 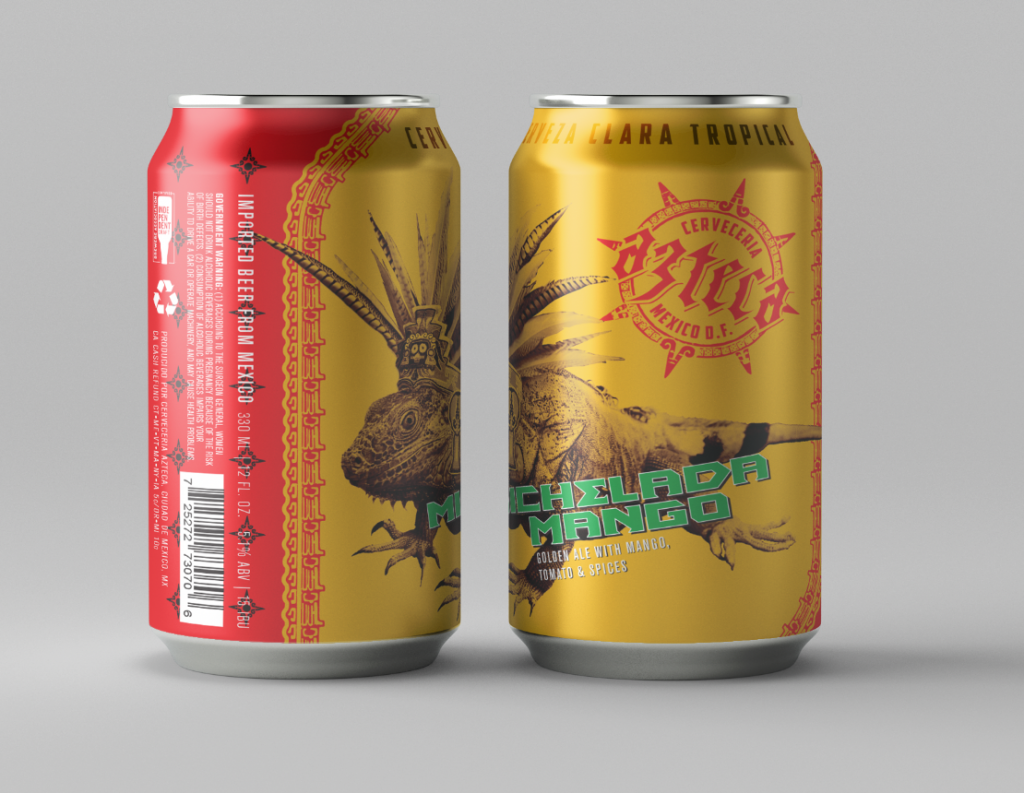 “The key image of the iguana,” McConnell notes, “has a clear connection to Aztec and tropical culture that echoes the brewery’s name and connects with the beer’s key mango ingredient.  And it has a subliminal message of “native cool” and fun in the sun, along with a touch of appealing whimsy.”

For more eye-catching shelf appeal, the main elements are supported by bright colors. “These colors provide pop and connect with the beer’s flavor profile. And they hint at the aspirational setting for enjoying the beer on warm sunny days, either outdoors or in a lively establishment.” The supporting graphic elements of repeating black stars and red patterns are adapted from Aztec culture and add to the Latin American/tropical theme without competing with the can’s main elements. 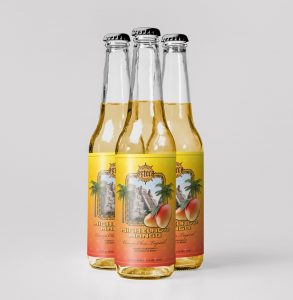 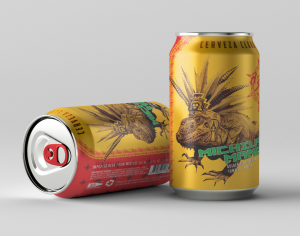 The end result, McConnell says, is a package “with powerful visuals and big consumer appeal and sales-boosting power, that elevates the image of the beer and the brewery”. With Covid-19 making the already tough beer landscape dramatically tougher, packaging that doesn’t deliver those important attributes should be upgraded.