To launch their dream German-style brewery, Bill Eye and Ashleigh Carter first had to rescue an 84-year-old brewhouse from a defunct German brewery, then transport and reassemble it in Denver, Colorado. When their Bierstadt Lagerhaus faced a series of unexpected hurdles on the way to opening, Eye says, “Brewery Finance stepped in and came to our rescue.” 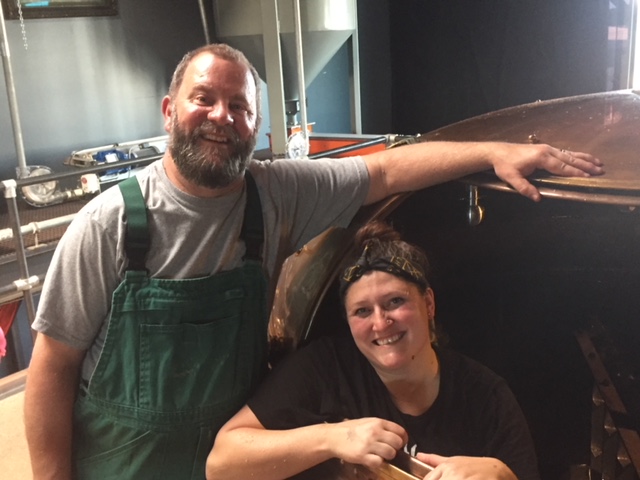 “We needed lagering tanks,” Eye says, “but we were a startup. So the conversations with banks were difficult and we had borrowed all we could on an SBA loan.” To Keep Bierstadt rolling, Brewery Finance provided about $250,000 — money other lenders wouldn’t provide — for US-made tanks from Sprinkman.

“Unlike a bank,” says Brewery Finance founder Rick Wehner, “we take into account who the brewers are, their backstory, and their brewery’s approach. We put as much emphasis on the people and their plan as we do their credit history.”

Eye says that approach was vital for him. “Brewery Finance understands the craft beer business,” he says, “and they could see the potential in what we’re doing. And I didn’t have to educate them on what the equipment was worth and how to collateralize it. They knew that already. With a quick conversation over a couple beers, we had an agreement.”

“This allowed us to order more equipment and pay that vendor on time,” Eye recalls. “Without Brewery Finance we would’ve faced another delay. In comparison with traditional lenders,” he adds, “Brewery Finance moves at light speed and they’re straight up and straight forward.”

Bierstadt Lagerhaus served its first beer in August 2016 and has gained a loyal fan base for its painstakingly brewed & aged German-style beers. The brewery’s creations — including flagship Slow Pour Pils, which must be served in a proprietary Bierstadt glass — have quickly become revered among fellow brewers who appreciate the devout commitment to style and craft of Eye and Carter.

Since the brewery opened, Brewery Finance has provided additional support by helping Bierstadt restructure some other debt and become a better candidate for future  SBA help. “Part of what we do for our brewery clients,” Wehner says, “is make them more bankable to traditional lenders.”

Eye appreciates the help. “Rick and his people are the best in the industry,” he says. “They also are far more personal, helpful and risk tolerant then any bank will ever be, and they feel like actual partners in what we’re doing.”